Zyroidkarbie is a survival horror game where you play as Amy [REDACTED]. The first successful artificial human. However, the lab you currently dwell in has its fair share of failures that roam the halls. Of course none of this is to really worry about except for one. Its name?

Z to shoot lasers (Only when gained)

EDIT: Constructive Criticism is more then welcomed. If  there are anyways of improving, please let me know :D

Hey! I loved being able to bounce the chairs/boxes around, it was a nice mechanic on top of looking around for the objects. The 'extra lives' bit when you get caught was also neat, and the way the sprite moves was very smooth! For a jam this was a great insight into how much content can be developed for a game, and I hope you continue to improve and make more games (: Great job!

Hey there, thanks for the feedback, super helpful. I am currently working on a update to fix some things and add more content. Hope you stick around for it :3

I think the biggest thing to improve here would be the gameplay. It constantly felt like Amy was getting snagged on objects or things were blocking her way. There was one room that had a green key-card looking thing but I wasn't able to get to it. Would also recommend giving the boxes a brighter color to contrast against the black and white background.

Thanks for the feedback, I appreciate it. :D

I hope you have a nice day.

Reply
Jason Ee2 years ago
I had fun and got angry while playing this game. I like how you decided to branch out and make a survival horror game. It's really cool to see you do something else other than Touhou, like Sa!lent or Celestial.

The game's not fun when all I have to do is run and avoid. There's no hiding mechanics in game and Zyroidkarbie is a ghost without a sprite, which doesn't make me fear what I have to run from. Personally, I would like it to have an appearance of fog and bloodshot eyes of different sizes. (Yukari from Touhou) It's not scary without a form and I'm very disappointed to see it has no form to intimidate me with.

The game has an unoriginal concept of gameplay (lacking puzzles), and resembles a collect and go game instead. (a notable game example being Slendytubbies 2D) But, I do like the psychological horror elements, like bleeding from the eyes with a scream, which startled me, and the black screen which adds to the dread. As well as the fact that Zyroidkarbie can be heard from god who knows where and whether or not he's coming for your booty.

The story is certainly something, but I felt in the description you already spoilt the story by saying that Amy was an artificial human and that the penultimate enemy is Zyroidkarbie. Sure, learning that Zyroidkarbie is a amalgamation of souls really did add to the plot, but I think it would be better shrouded in mystery first. Furthermore, if you wrote the story from Amy's point of view, as opposed to describing her plight, it would be much better and you'd feel like you were her.

Example of writing from Amy's point of view: "I never knew who I truly was, other than the fact I was called Amy. The walls and floors are blank, covered in dust and grime, and the only thing that keeps me alive is ironically the one that wants me dead."

I would like to be your proofreader (English corrections) and co-writer if possible. This game surely has potential, and I love and hate it at the same time.

And finally, Zyroidkarbie will eat your balls.

Nah, I enjoyed your criticism. Not sure why, maybe it has something to do with the "Zyroidkarbie will eat your balls" XD.

What I was trying to go for with the whole 'Fate System' was to add some level of replayability to the game and to add in more endings. As you can tell from the game, I never added that (Because I got lazy -_-).

Now that I look back at the game, it is pretty bland. I should have at least put in some more decorations (Non-Physical ones at that) and some more colour.

As for Zyroidkarbie. I made it invisable since I wanted the player to use their ears to find it. I guess that really only works when the ####ing audio works properly :/

The physics look like something out of Goat Simulator among all things. Maybe the fact I made the 'Physics Engine' from scratch might have something to do with it.

Like I said in my game. I will clean it up, polish it and maybe add some stuff (Checkpoints are one of them).

Anyway, glad you (sort of) enjoyed it :)

These games are still learning experiences for me, not that it makes the games any less s##t. So, hey. At least I learned something today :D

I hope the rest of your day is great :3 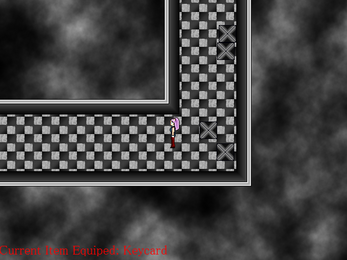 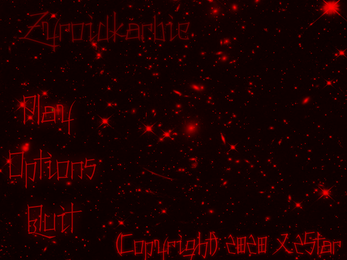 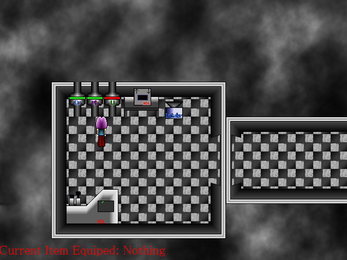 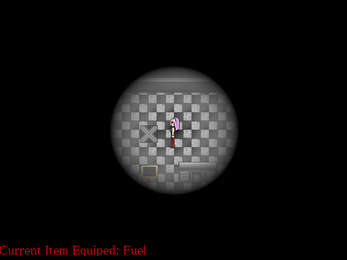 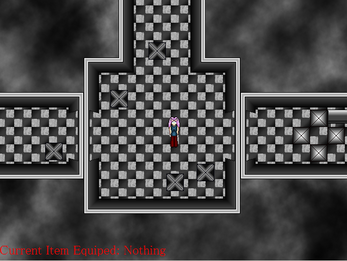