Whats this?  A bullet hell made by a young developer because he has been playing way too many video games?

you would be right, the goal of this game was to make a game harder then TouHou on Lunatic Mode, Though i kinda overestimated my skills hehe.

Simple, kill all four bosses to unlock the final boss, and once you kill that. You win.....

Art templates where from google images, edited, coloured and implemented

The game may not be very salient, but it sure has potential to be something more. It could use enemies spawning in a stage rather than fighting the boss immediately, as well as a graze and power meter, as well as bombs. I'm making my own Touhou game as well in Fusion, and could point out what could help you if you get in contact with me. But anyway, here's my critique.

You managed to replicate ZUN's poor understanding of proportions through MS Paint, nice. There was no story however. An excuse plot would have been nice. On music though, pretty bad usage of music. Try to find better tracks to use in danmaku battles.

The green haired mermaid (Ccyper) and Fusion would be considered a definite challenge unless trial and error is counted. There are spots you can sit at to avoid losing lives. Ccyper drives me to anger when the shots are aimed at your character and you're trapped in a field of bullets. That's where the definite challenge of having to use a mouse comes in, and it's fun trying to beat a game that you're not good at initially and get better at eventually.

Try to do away with the rainbows. Makes me feel like its GAYhou. It also hurts my eyes and is annoying.

Overall, okay game. Clickteam isn't suited for Touhou because of poor collision detection, somewhat confusing functions, and a bit of a limited workspace, but you managed to make it work out. One issue I have is you should probably enable the "Stick to obstacles" function on the character because the character shakes on collision with the wall and it affects the dodging aspect. That's it.

Thanks for the advice. I appreciate it ^^

If you have anymore criticism, please let me know :)

Hope your Touhou like game ends up better than mine (LOL)

You're welcome, and thanks for the suggestion my Touhou game on Clickteam might work out. Hoping to move onto Game Maker Studio eventually lol

If you ever need a composer for music in games, I could help with that too. Don't mind if I shill. I make music on my YouTube channel. It's on my profile, and I could probably compose a theme every one of those characters. 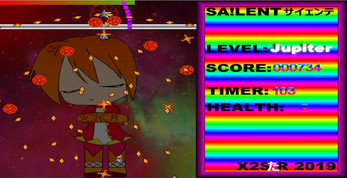 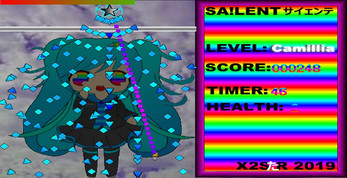 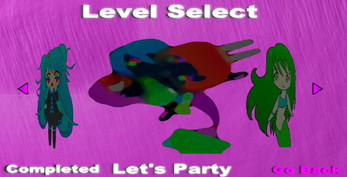 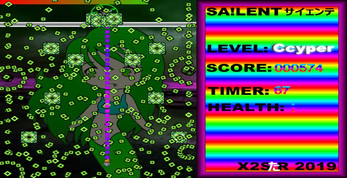 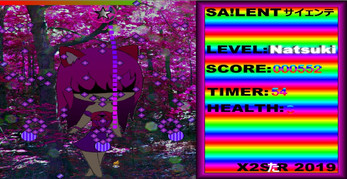 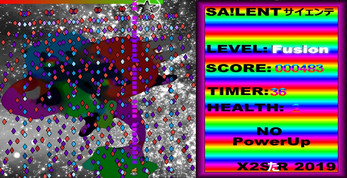